As the opening performance of BIFEM 2017, Jenna Lyle’s Plank Rodeo was a brief apéritif to a night of diverse musical events. The concept behind the piece is simple and beautiful: a group of four performers physically support each other while they ‘ride’ on top of a precarious pile of boards. The sounds of creaking and popping are captured by transducers and microphones as the boards give in to the performers’ weight and movement. Processed in real time by the composer, then amplified, the sounds created an inviting imaginary landscape as they reverberated through the halls of the Bendigo Art Gallery.

The sonic impression of the work was that of a geological soundscape, reminding me of a painting in the Tasmanian Museum where an Antarctic icebreaker gouges a path through sheets of sea ice. The work’s connection with landscape was also reinforced by its placement within a hall of nineteenth-century paintings of people and places. The juxtaposition of new music among old paintings was perhaps tongue in cheek, as this environment is typically reserved for performances from the classical canon.

For audience members who were familiar with these musicians, this was an opportunity to witness vulnerable musical exploration outside the instrumental and vocal specialisations that these performers are highly regarded for. This conjunction of human movement with wooden ‘instruments’ provided a fresh perspective to our conventional expectations of what instrumental performance is, or should be.

As the musicians indelicately clung to each other while fulfilling the physical and listening tasks of the work, they experienced and expressed ‘ensemble’ in its most primitive form. They were literally ‘together’ and physically dependent upon each other. In this sometimes painfully close proximity, they played and explored the sounds available to them as the piece swept from delicate moments of tiny creaks and crackles to outrageously loud moments where the musicians’ stomping generated explosive sounds that shocked the audience. In one moment of relative quiet, Jessica Aszodi delicately tickled the base of the ‘instrument’ with her toes, stimulating a subtle audio response from the soundscape.

While a performance of this work by dancers could have exploited a more refined approach to human movement, this performance of Plank Rodeo was an opportunity for the audience and musicians to experience aspects of music making and sound generation at their most fundamental level, and provided a re-examination of what instrumental performance can, or could be.

These five emerging writers will be working with the Partial Durations mentors Matthew Lorenzon and Alistair Noble to cover every concert of the 2017 Bendigo International Festival of Exploratory Music. Check here for their informed, independent, and critical reviews from 1 September.

Simone Maurer is a flautist, researcher, educator, and passionate advocate for inclusive music education. Simone graduated from the Queensland Conservatorium of Music (Brisbane) with a Bachelor of Music with Class I Honours in Advanced Flute Performance degree in 2013, and then relocated to the United Kingdom for two years. She completed an MPhil in Music Studies (specialising in Music Performance) at the University of Cambridge and received flute lessons from Michael Cox, flute professor at the Royal Academy of Music in London. Having returned to Australia, Simone is now undertaking a PhD in Music Performance at the University of Melbourne Conservatorium of Music. Her doctoral research will investigate how expressive body movements in solo contemporary flute performance are generated and perceived.

Melbourne-based composer Lewis Ingham is passionate about the presentation of new music by Australian composers. A recent graduate of the Melbourne Conservatorium of Music, Lewis seeks to present his own texture and timbre driven compositions in unique and immersive performance environments. Lewis is a regular contributor to CutCommon Magazine and places a particular emphasis on sharing and reviewing new music performed by Australian ensembles or composed by Australian composers. Lewis has also written for Re:hearsal Magazine and was recently a composer-in-residence at the 2017 Charlotte New Music Festival, NC (USA). 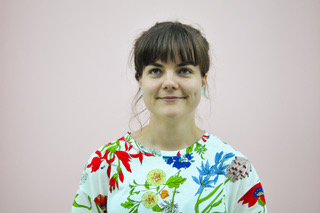 Jessica Lindsay Smith is a Melbourne-based composer who is passionate about music that crosses the boundaries of genre. Holding a Bachelor of Music (Honours) from the Melbourne Conservatorium of Music, Jessica has worked with ensembles within local and international contexts to create music with a focus on vivid colours and unusual sounds. Jessica’s work has been performed in a variety of venues such as Arts Centre Melbourne, Ian Potter Museum of Art, The Paris Cat Jazz Club, and Melba Hall. As part of her Bachelor of Music (Composition) at Monash University, Jessica studied chamber music in Italy at the Prato Centre and Verdi Music School. Jessica is currently studying a Bachelor of Arts at the University of Melbourne majoring in creative writing and art history to further inform her compositional work.

Johannes MacDonald (b. 1996) is a composer raised in and local to Sydney. Johannes was accepted into the Conservatorium High School in 2009, majoring on flute. In 2012 he switched to majoring in composition, studying under Jack Symonds, In 2013 was accepted into the Sydney Sinfonietta Composition Project under Richard Gill, and his 2014 HSC extension composition Anxiety was selected for performance in Encore. in 2015, Johannes began his bachelor in Composition at the Sydney Conservatorium, and has since studied under Michael Smetanin and Anthony Pateras, having compositions premiered by both the SCM Wind Symphony and Ensemble Nouveau. Johannes continues to play in the Sydney new music ensemble Spiral, and is currently studying with Liza Lim. 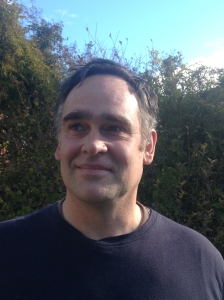 Joel Roberts is an emerging composer with an extensive background in guitar, including studies in classical guitar at the Victorian College of the Arts and Jazz Studies at the University of Tasmania. Joel recently completed his Bachelor of Music at the UTAS Conservatorium, with a Major in Composition.

Joel is currently developing his own compositional language through an exploration of the works of twentieth and twenty-first century composers including Bartok, Ligeti, Hosokawa and Saariaho. Over the course of his degree, he has established an interest in writing works that connect with, or reflect on, issues of climate change, species loss and other contemporary political issues such as the plight of refugees. He has a passionate interest in working on collaborative projects with other practitioners such as visual artists, scientists, historians and writers.